Since August the 9th 2016, Silvia B’s fauns Vino and Valentino and her pieta M. & J. have been on display in one of the galleries at Rijksmuseum Twenthe. In that space, they strike up an unusual dialogue with Dode Zwaan (Dead Swan) by Jan Weenix (1642-1719), a painting impressive in terms of both size and impact.

I had seen Vino, Valentino and the pieta M. & J. before, in the exhibition Kunstpark Soestdijk in spring 2016. They were installed in the palace’s white dining room, amid playful cherubs on marble pillars and garden vases emblazoned with mythological figures. Infusing the dining hall with a fervid intensity that wasn’t there before; a discomfiture that cannot be ignored.

In 2009, Silvia B. had a show at Ron Mandos Gallery in Amsterdam, Les plus Beaux part II. In a Plexiglas case lies Le Fou with eyes closed, apparently at peace, a white python around his neck. Above Le Fou’s right ankle, the number 777 is a tattooed. What is all this saying? Has Le Fou – the Western world? – just been strangled?

Silvia B.’s work is permeated by questions of this sort about role patterns, expectations, gender, androgyny, decadence and Weltschmerz in the spirit of Lord Byron.  Where the focus lies not on a lost, nostalgic world, not on a ‘before’ when everything was ‘better’, but on values that are unmissable if we are to have any faith in the future: awareness, acknowledgement, compassion, piety, and that sadly misused word, respect. 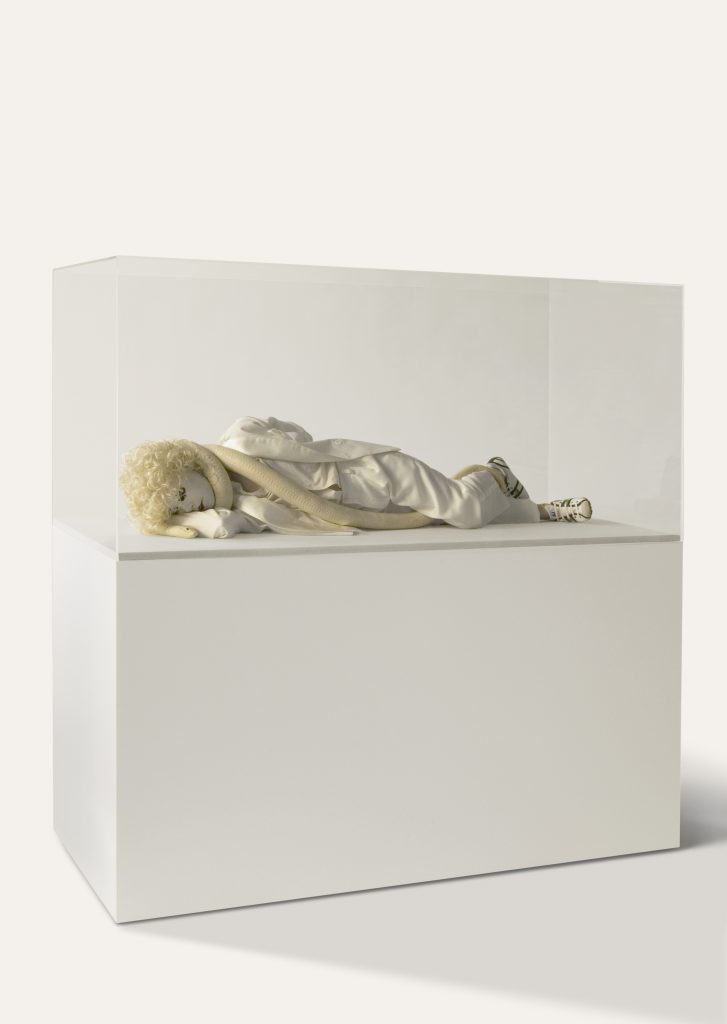 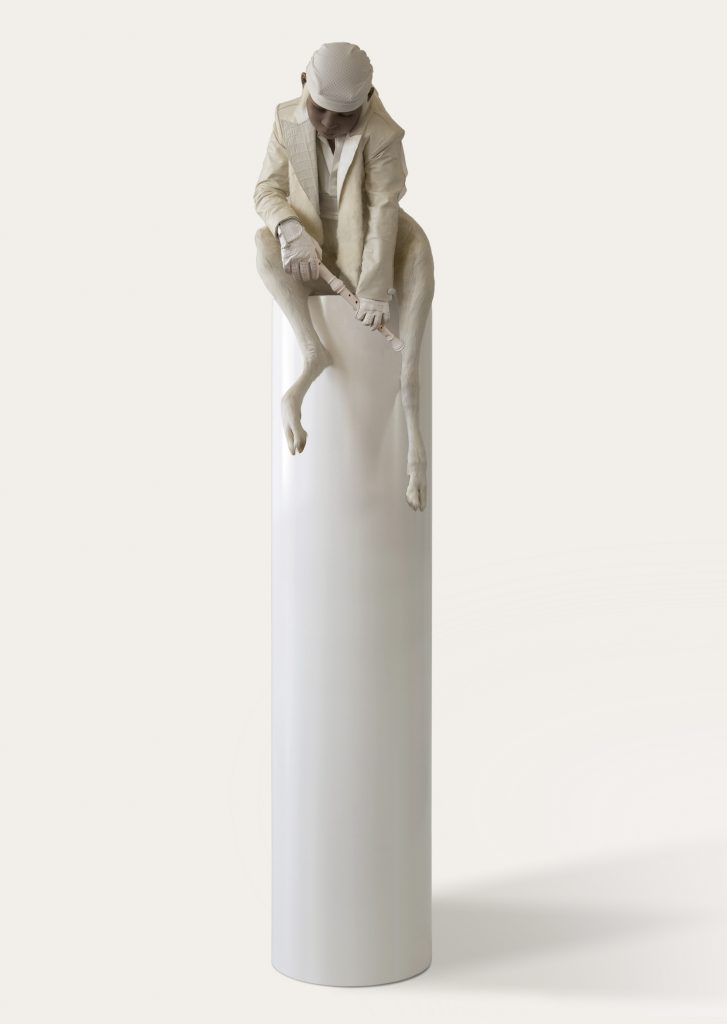 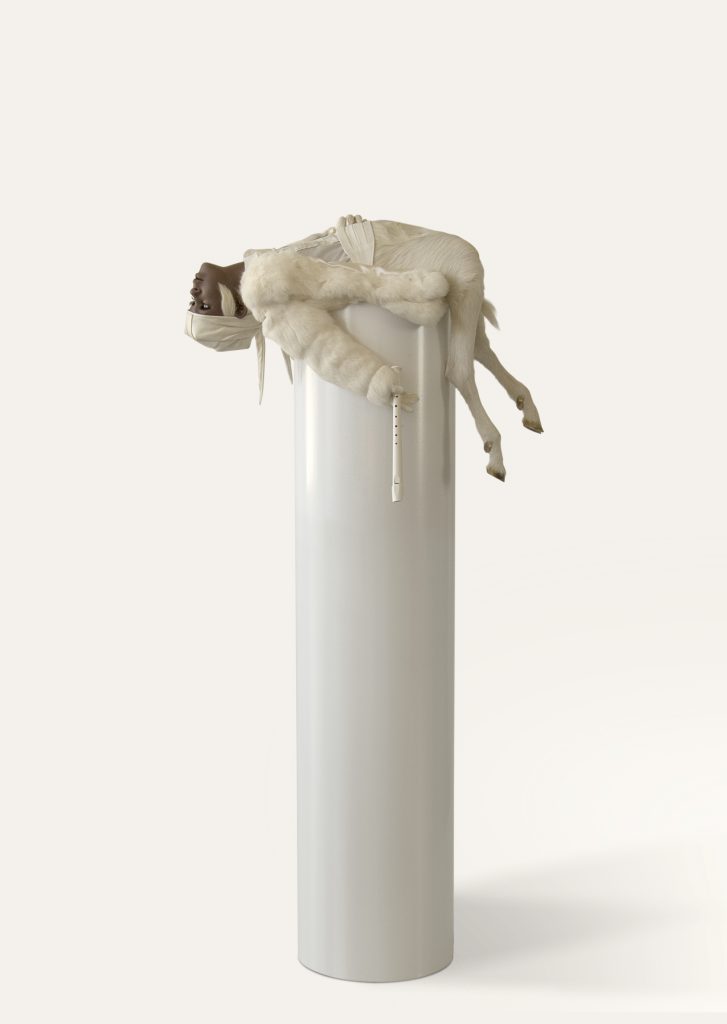 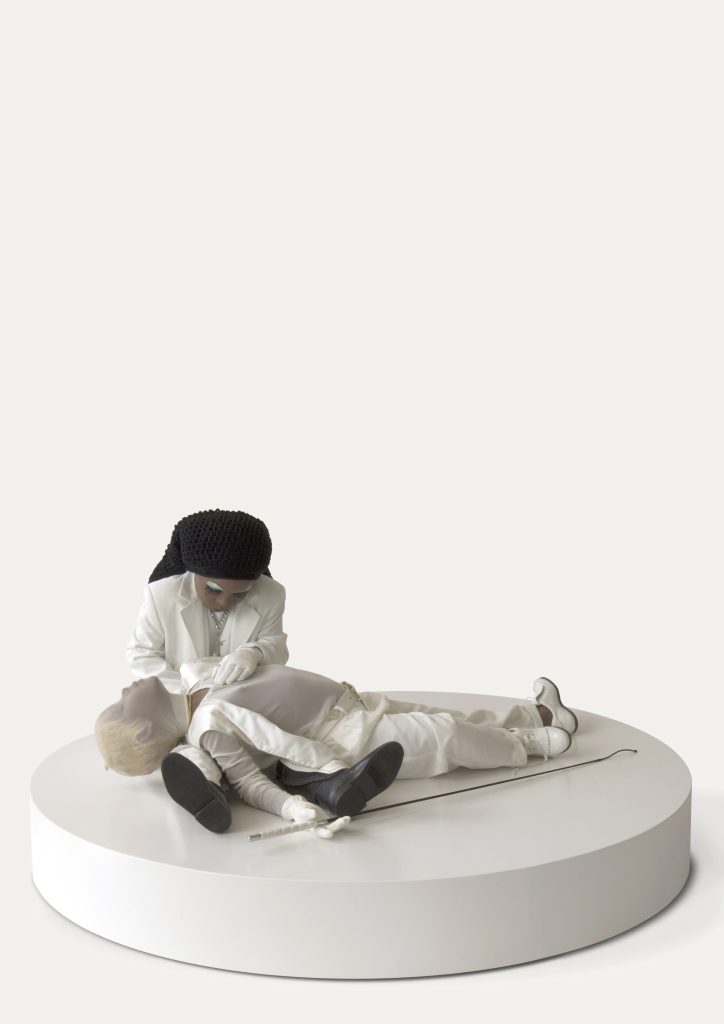